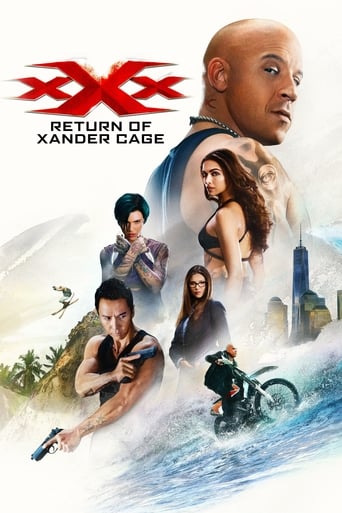 Extreme athlete turned government operative Xander Cage comes out of self-imposed exile, thought to be long dead, and is set on a collision course with deadly alpha warrior Xiang and his team in a race to recover a sinister and seemingly unstoppable weapon known as Pandora's Box. Recruiting an all-new group of thrill-seeking cohorts, Xander finds himself enmeshed in a deadly conspiracy that points to collusion at the highest levels of world governments. 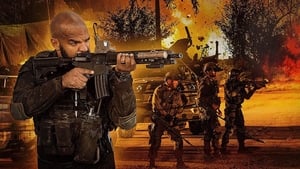 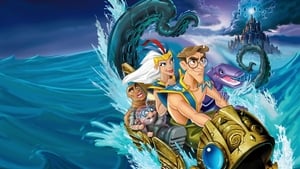 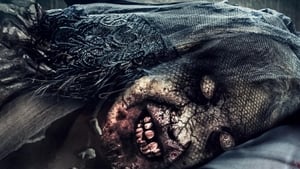 Return of the Tooth Fairy 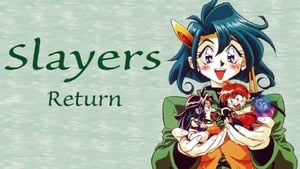 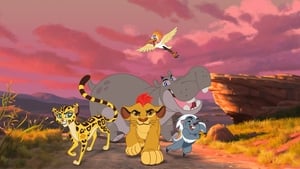 The Lion Guard: Return of the Roar

**A new franchise is on making!** I was very happy when I heard about a sequel is on the development of Vin Diesel's one of the career early films. I was a teenager, and I remember celebrating it in the theatre with my friends. But, like the T2, it was too late for a sequel. Most of other franchises are going for spin-offs in the similar case. Anyway, it was good to see the original character back in the action. Although not liked changing the title logo. The original is evergreen. Well, the story continued as the same gap between the first and this film. I thought the original concept was like solo action hero kind, but in here, it became a multi-starrer. Like most of the similar themed action film series, it tried to add variety of characters, including clichés like computer hackers and a boss to handle those rogue guys. But there were too many Triple Xes. The story was okay. It only wanted to make a comeback, like a re- introduction of everything. I liked the diversity in the film characters. The casting was from around the world, picking the best team like Donnie Yen from HK, Tony Jaa from Thailand. But I did not understand why Donnie was speaking in Mandarin, instead of Cantonese. From all I did not like Deepika. Yes, she's the real Indian beauty, but not a good actor, especially for actions, she's unsuitable. I would have preferred Priyanka in here. They two should have switched the films between this and 'Baywatch'. Jaa, I did think he had in him his witty character display. He was a completely different person in this. The rest of the guys were too not bad at all, particularly that stunt guy was awesome. When it comes to the action sequences, not some, many were totally impossible. Surely not the really performed stunts they were. Simply a special effects, and it was too much to take on. Because they were not realistically appealing to accept. Those include, non-snow mountain skiing, ocean wave bike surfing, you add it. The good news is, it was okay for watching once, but I'm anticipating the next part to be a game changer in the franchise. _5/10_

I must confess that I did have higher hopes for this movie. I’m not sure what the script writers was up to when writing it but they really seem to have a very low opinion of the audience’s intelligence. Either that or it was written for a very young audience. There were parts of the movie that was quite fun to watch but on the whole it was pretty much a mess. It is a shame because it had quite a bit of promise. The core of the plot was not too bad although I really wish that Hollywood writers would stay away from plots involving computer gadgetry. Their knowledge in that area simply stinks. Thus the gadget that the entire movie was spun around was simply stupid. Unfortunately another core plot element was the crooked CIA (or whatever department it was supposed to be) boss that of course had to do some senseless backstabbing just to prolong the movie. Tiresome, overused and boring. I know, I know with fucktards like Comey I guess one could say that it would not be too far from the truth but it is still tiresome, overused and boring. Since I am on a rant anyway let’s go on to the various stunts and special effects. It is a long time since I watched a movie where the stunts were so obviously and totally overdone and unrealistic. I mean, they were unrealistic to the point where I started to wander if it was a slapstick comedy I was watching. All of this really dragged down the movie … a lot! On the good side. I did like many of the wacky characters. It is a shame that many of their wacky moments were less of a comic relief due to the above mentioned silliness but instead felt like the more serious moments in the movie. Vin Diesel, well I watched this movie because I am a Vin Diesel fan so of course I liked him. He is his usual badass and kick ass self. He is also surrounded by a bunch of badass (and wacky as I mentioned before) characters. I quite liked the ensemble. The guy who seems to collect crashes is rather silly but fun in a strange way. I did like the gun girl a lot. However, apart from quite a few fun and/or cool scenes the movie as a whole did not cut it. In my opinion it was ruined by a substandard script devoid of any form of intelligence. I would go as far as to say that the writers were incompetent pure and simple. I was almost giving it three stars because there was many parts I liked but in the end … no, there is no way I could justify more than two stars for this mess. Really a shame. I would have liked to see more xXx movies but after this one I’m not sure anyone will bet money on that.

Words cannot express how incredibly overwrought, insipid, hyperactive and foolishly exaggerated the third entry into the action-packed _XXX_ film franchise is in the nonsensical and numbing operative spectacle **XXX: Return of Xander Cage**. Monosyllabic muscle-bound action star Vin Diesel revisits the rollicking and roguish skin of athletic spy/sports enthusiast Xander Cage in yet another splashy yet sophomoric throbbing thrill-ride that only diehard Diesel fanboys will swallow with unapologetic fervor. When in doubt Diesel knows where his bread is buttered in terms of his secured box office appeal. The pumped-up performer has initiated the hoopla with a couple of popular action flicks in the past only to leave them briefly before deciding to return front and center. Diesel has done this tactic with the inexplicably desired _The Fast and the Furious_ movie series as well as the aforementioned _XXX_ offerings (actor/singers Tyrese Gibson and Ice Cube inherited the big screen honors in replacing the absent Diesel in these energized ditties respectively). Now Diesel is called into service once again to capitalize on the extreme spy genre while satisfying those thrill-seekers whose thirst for the James Bond and Jason Bourne action-grabbers may be perceived as relentlessly mild as the acrobatic antics of the hip Bald Bold One looks to overshadow his competitors in daunting dumbness. Bottom line: who the heck was cramming for the ridiculous return of the attention-getting Xander Cage other than the motivated machismo of star/co-producer Diesel strutting his all-too-familiar slick shtick in an empty-minded vanity project that is jumpier than a kangaroo with the hiccups? There is nothing like playing to the convoluted escapism and exploiting the loyal demographics that continue to get a charge out of Diesel’s boisterous brand from the _Fast and Furious_ enterprise that still sizzles for some and fizzles for others. Nevertheless, this espionage eyesore features Diesel’s Cage at his best…and that is not saying much. He is as smooth as ice soothing your ailing tonsils. Check. He is a chick magnet to the highest degree. Check again. He can turn his biceps and brawn into an invaluable weapon for the safety of his country and comrades. Double check and then some. Overall, we get it…Xander Cage is a badass without boundaries and daredevil Diesel and his on-screen cohorts wants to reinforce such titillating tripe. Go figure. Granted that **XXX: Return of Xander Cage’s** sole purpose is to play into the pulsating popcorn pleasure of its audience while expecting one not to take the excitable escapades too seriously. Still, the tired formula for this particular genre in general (not to mention a Vin Diesel-starring vehicle) feels utterly uninspired and recycled despite the ambitious showcasing of active triggers that include high-wire skiing through the woods, dirt bike surfing, daring skateboarding prowess while clinging to the side of a moving bus and oh yeah…a lot of colorful butt-kicking tactics to boot. The highly stylized lifestyle of the free-wheeling Cage is by-the-numbers hedonism–cause havoc, conquer the lovely ladies hormonal for his suave affections and come off looking cool this side of 70’s knockoff bad motherf&%$# private eye John Shaft in taking care of business. Great spy work if you can conjure it up for indiscriminate action junkies wanting to engage in this souped-up silliness without rhyme or reason. For those not quite familiar with the Xander Cage “mythology” he was an extreme sports talent that had been recruited by NSA head honcho Augustus Gibbons (Samuel L. Jackson) to utilize his competitive skills and abilities undercover. Now Cage is back in the saddle as he horses around on yet another challenging assignment that finds him butting heads with a trio of baddies in Deepika Padukone’s Serena, Donnie Yen’s Xiang and Tony Jaa’s Talon–a threatening threesome experimenting with dangerously rigging outer space satellites or something to that trivial effect. Of course the crafty Cage–beyond wily and reckless–is often reigned in by the likes of his superiors including Agent Jane Marke (Oscar and Emmy nominated Australian actress Toni Collette needlessly toiling away in this toothless contraption of a spy thriller). Director D.J. Caruso (2016’s “The Disappointments Room”) merely goes through the motions with this disjointed spy caper that flexes its moronic muscles without offering much else to the preposterous proceedings. The displayed dialogue in a Lucky Charms cereal commercial has more credibility than the words leaving the lips of the featured players in this woefully generic actioner. Diesel, who has shown some promise as an actor in previous critical fare from yesteryear such as 2000’s _Boiler Room_ and 2006’s _Find Me Guilty_ has since played it safe and relied on the frivolous “sure thing” with the repetitive Furious installments and other fluffy movie projects that had diminished his potential in Hollywood beyond the brainless blow-em-up cinema that he finds automatic comfort in churning out as a cinematic safety net. Although they say that a single “X” usually marks the spot it takes triple X’s to disprove this theory when welcoming back the chaotic coolness that is Diesel’s detached dude in cocky-minded Xander Cage–the sensationalized showboat that should have left his debuted one-dimensional adventurous tendencies back in 2002. **XXX: Return of Xander Cage** (2017) (c) **Frank Ochieng** (2017)

Just as Vin Diesel bailed out of the first The Fast and the Furious Sequel, he did the same for the sequel to xXx. However after some years Diesel is back as extreme sports star turned spy Xander Cage in this daft but slightly entertaining film which has an incomprehensible plot, a smug star and even some dodgy CGI here and there. The plot is some bad guys want the Pandora Box which can control spy satellites and it is Cage and his team's mission to retrieve it. However we just know everyone around is just treacherous so they should all watch their backs. 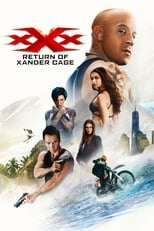 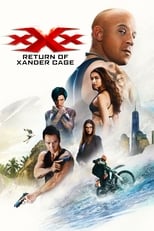 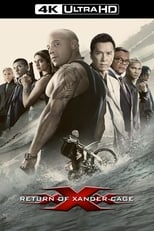 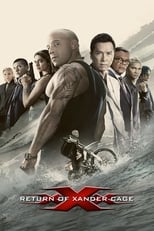 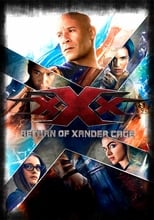 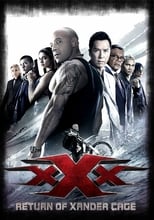 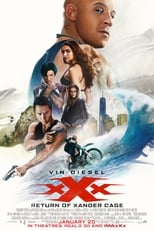 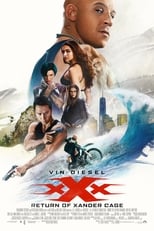