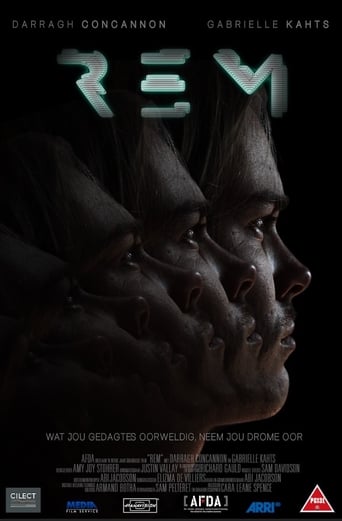 "REM" is an Afrikaans Sci-Fi Drama about a grief-stricken father, Dehan, who becomes obsessed with the memory of his late wife, Lena, through the use of a high-tech, dream-altering device, the REM. This unhealthy obsession leads to Dehan struggling to reconnect with his young son, Erich, who survived the car accident that caused Lena's death. Dehan must decide to face and to confront his grief, reconnecting with his son, or to become so immersed in his fantasy dream-world that he loses touch with reality, and Erich, altogether.

Who Stars in REM (REM)

"Touching, well composed and thoughtful, REM is a finely calibrated production that moves with poise and subtlety." - Stephen ‘Spling’ Aspeling