Who Stars in Heat

You don't live with me, you live among the remains of dead people. Heat is written and directed by Michael Mann. It stars Robert DeNiro, Al Pacino, Val Kilmer, Jon Voight, Tom Sizemore, Diane Venora, Ashley Judd, Amy Brennerman and Danny Trejo. Music is scored by Elliot Goldenthal and cinematography by Dante Spinoti. Big time thief Neil McCauley (DeNiro) is after one last major score before he retires, but hot on his tail is Vincent Hannah (Pacino), a cop equally and methodically as driven as he is himself. In the build up to Heat's release, much was made of it being the first on screen pairing of DeNiro and Pacino. A mouthwatering prospect for sure, it proved to be worth the wait and unfolds as a lesson in restrained acting with two modern greats affording each other the respect that was due. What we didn't realise in the build up to the film's release, was that it would prove to be one of the greatest cops and robbers movies of all time, brought to us by an auteur director whose kink for realism and commitment to research stands him out from much of the modern directing pack. Rarely does a film come together as one, where all the cogs of the engine are in tune, but Heat is one such picture. From cast performances to visual aesthetics, to screenplay and actual substance of story, Heat is as meticulous as it is thrilling. There are a myriad of characters brilliantly stitched together in one de-glamorised City of Angels, as plot develops, and each character and their crumbling relationships come under inspection, we are witnessing a coarse viewpoint of human nature, where people's lives are ended or defined by their choices. Everywhere you look, here, there are folk cracking under the strain of being exposed to high end crime, dreams, hopes and happiness are unlikely to be achieved, and this is on both sides of the law. For Heat, Mann fuses the tonal and visual ticks of Manhunter with that of the adrenalin rushes from Last of the Mohicans, with the former gorgeously born out by Spinoti's pin sharp photography, the latter thrillingly realised by Mann's skill at action set pieces. Once again word of mouth about the key heist and shoot out in the film led to high expectation, and again there is no disappointment. L.A. becomes a battle ground, rapid gunfire punctures the air, cars swerve and crash, bodies fall, visually and aurally it drags you to the edge of your seat, an extended action sequence fit to sit with the best of them. The kicker as well is that because Mann has been so detailed in his characterisations, we care about what happens to all parties, we understand motives and means. Which in a film with such a huge support cast is quite an achievement. There is enough in Heat to fill out a dozen other cops and robbers films, fans of neo-noir and crime films in general are spoilt supreme here. It's not rocket science really, put a group of great actors together, give them an intelligent script to work from and let them be guided by a director who will not sit still, and you get a great film. Heat, the ultimate predator and prey movie, where from beginning to end it refuses to be lazy or cop out, and energy and thought seeps from every frame. 10/10 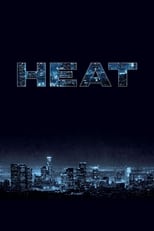 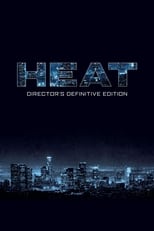 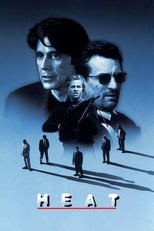