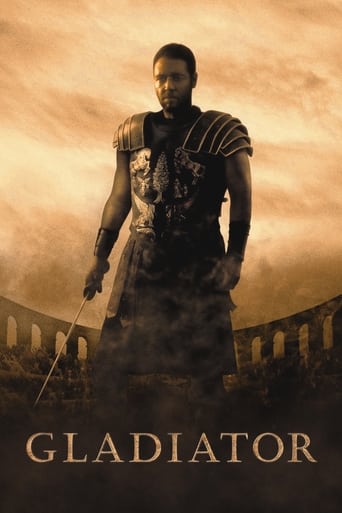 In the year 180, the death of emperor Marcus Aurelius throws the Roman Empire into chaos. Maximus is one of the Roman army's most capable and trusted generals and a key advisor to the emperor. As Marcus' devious son Commodus ascends to the throne, Maximus is set to be executed. He escapes, but is captured by slave traders. Renamed Spaniard and forced to become a gladiator, Maximus must battle to the death with other men for the amusement of paying audiences.

Who Stars in Gladiator 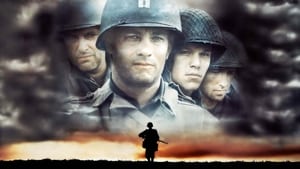 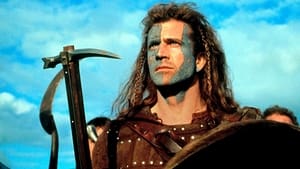 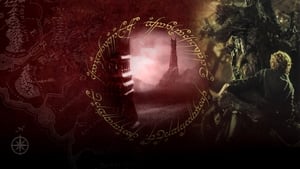 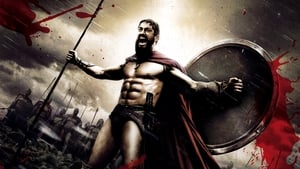 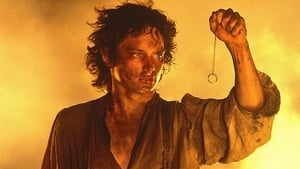 Ridley Scott's Gladiator is a real masterpiece of its genre. With its unique battle scenes, cinematography, acting and directing. It's a real must-watch. Shame on you if you haven't watched this movie!

They said you were a giant. They said you can crush a man's skull with one hand. Ridley Scott's Gladiator is not a perfect film, I would think that the hardiest of fans, of which I'm firmly one, know this deep down. Yet just like Commodus in the film is keen to point out that he himself has other virtues that are worthy, so does Gladiator the film. Enough in fact to make it an everlasting favourite of genre fans and worthy of the Academy Award acknowledgements it received. In narrative terms the plot and story arc is simplicity supreme, something Scott and Russell Crowe have never shied away from. There has to my knowledge as well, never been a denial of the debt Gladiator owes to Anthony Mann's 1964 Epic, The Fall of the Roman Empire. Some folk seem very irritated by this, which is strange because the makers of Gladiator were not standing up bold as brass to proclaim they were unique with their movie, what they did do was reinvigorate a stagnant genre of film for a new generational audience. And it bloody worked, the influence and interest in all things Roman or historically swashbuckling of film that followed post Gladiator's success is there for all to see. What we do in life echoes in eternity. So no originality in story, then. While some of the CGI is hardly "Grade A" stuff, and there's a little over - mugging acting in support ranks as some of the cast struggle to grasp the period setting required, yet the way Gladiator can make the emotionally committed feel, actually overrides film making irks. Crowe's Maximus is the man men want to be and the man women want to be with. As he runs through the gamut of life's pains and emotionally fortified trials and tribulations, we are with him every step of the way, urging him towards his day of revenge splattered destiny - with Crowe superb in every pained frame, winning the Academy Award for Best Actor that he should have won for The Insider the previous year. Backing Crowe up is Joaquin Phoenix giving Commodus preening villainy and Connie Nielsen graceful as Lucilla (pitch Nielsen's turn here against that of Diane Kruger's in Troy to see the class difference for historical period playing). Oliver Reed, leaving the mortal coil but leaving behind a spicy two fold performance as Proximo the Gladiator task master. Olly superb in both body and CGI soul. Richard Harris tugging the heart strings, Derek Jacobi classy, David Hemmings also, while Djimon Hounso gives Juba - Maximus right hand man and confidante - a level of character gravitas that's inspiring. I didn't know man could build such things. Dialogue is literate and poetic, resplendent with iconic speeches. Action is never far away, but never at the expense of wrought human characterisations. The flaming arrows and blood letting of the Germania conflict kicks things off with pulse raising clarity, and Scott and his team never sag from this standard. The gladiator arena fights are edge of the seat inducing, the recreation for the Battle of Carthage a stunning piece of action sequence construction. And then the finale, the culmination of two men's destinies, no soft soaping from Scott and Crowe, it lands in the heart with a resounding thunderclap. A great swords and sandals movie that tipped its helmet to past masters whilst simultaneously bringing the genre alive again. Bravo Maximus Decimus Meridius. 10/10

Gladiator has been my most favorite film of all time. It is an epic masterpiece in many ways and it really explains why despite the numerous viewings, Gladiator still amuses me with its powerful imageries and many other crucial aspects so that it won five Academy Awards. This film is very well written, the well-ensemble casts, the A-class acting (especially Russell Crowe and Joaquin Phoenix), the stunning cinematography and definitely a strong character of Maximus (magnificently portrayed by Russell Crowe) whose life, struggle, disappointment and anger really move the audience, as if the world attention centers on him. Gladiator is not a historical film, because it only used the history of the ancient Roman Empire merely as the time setting. All other aspects namely those gorgeous shots, the great storyline/plot, the fantastic cinematography, the vividly lavish colors, detailed production design and digital imaging (that successfully rebuilt the stunning beauty of the ancient Roman Empire) and all sell really well, making the 170 minute-long running time definitely worthwhile. The visual of great battle in the first 15 minutes really stole my heart. The gruesome pictures, the blood and violence just to beautiful to abandon. Everything in this movie seems perfectly balanced, Ridley Scott as the film director really did his homework well in redefining and revitalizing the big battle sequence once considered masterpiece from Spartacus and Ben Hur. In the end, once again, I would say that Gladiator perfectly combines some crucial elements such as good, moving story, dazzling visual, beautiful scenery, filming techniques, direction and touching music score into one harmonious, action-packed film about heroism and its true meaning. 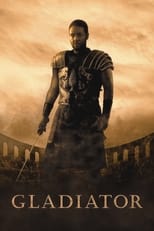 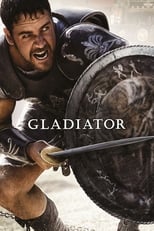 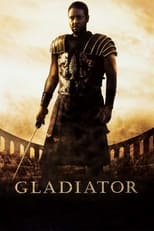 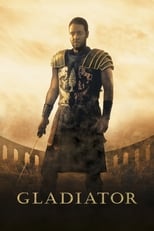 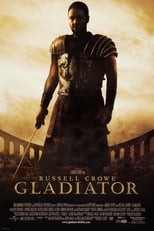 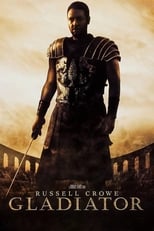 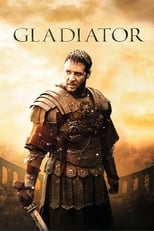 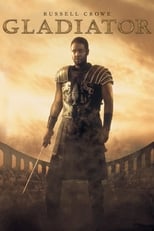 Are You Not Entertained Clip