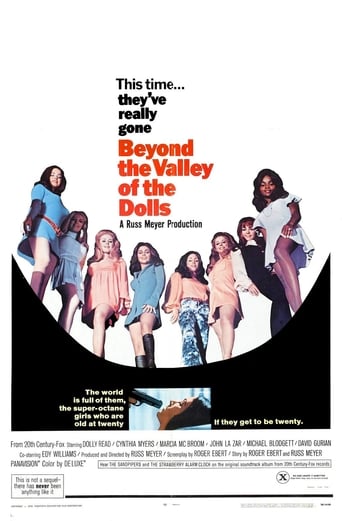 Beyond the Valley of the Dolls

Beyond the Valley of the Dolls Overview

An all-female rock group finds fame, love, and drama when they move to LA in order to claim the lead singer’s inheritance.

Who Stars in Beyond the Valley of the Dolls

Beyond the Valley of the Dolls Cast 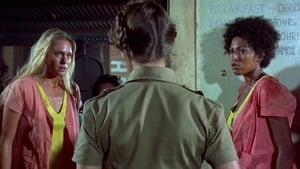 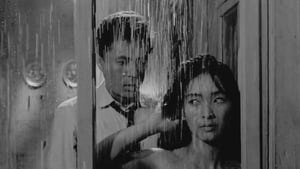 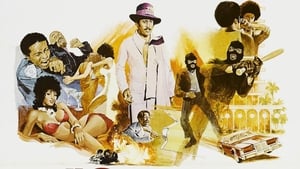 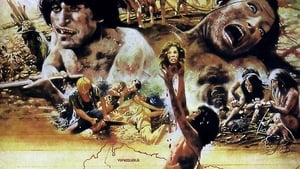 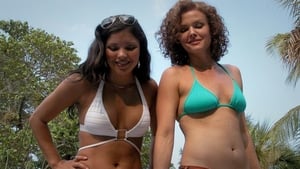 Wild Things: Diamonds in the Rough

Review for Beyond the Valley of the Dolls

_**Campy apex of the "wild" late 60s**_ Dolly Read, Cynthia Myers and Marcia McBroom star as an all-girl rock band, who move to Los Angeles to make it in the music biz. The group is so well-received that they turn the head of eccentric rock producer Z-Man (John Lazar) who becomes their Svengali-style manager and changes their name to The Carrie Nations, all to the consternation of their small-time manager, who's a Greg Brady lookalike (David Gurian). Can the girls survive the pitfalls that come with the debauched rock lifestyle? Directed by Russ Meyer and scripted by none other than Roger Ebert, "Beyond the Valley of the Dolls" (1970) satirizes the previous melodrama from three years prior. The movie telegraphs right out of the gate that it's a joke and not to be taken seriously like the first film (at least, like they _TRIED_ to do with the first film). The cast is killer, highlighted by the three protagonists, especially the underrated Read. Also worthy of note besides the key players cited above are Michael Blodgett, who's character takes an interest in the singer (Read); Phyllis Davis as her hip aunt; Edy Williams as an oversexed porn star; Erica Gavin who takes a dubious interest in Myers' character; Duncan McLeod as the aunt's sleazy & greedy financial adviser; Charles Napier as her former-beau; Henry Rowland as Z-Man's employee who (I guess) likes to dress-up as a Nazi; and Harrison Page & James Iglehart who vie for the attentions of the foxy drummer (McBroom). The best thing about "Beyond" is that it's the absolute apogee of the late 60s (being shot in '69) and everything that went with it — the overindulgence in drugs, "free" sex, libertine parties, go-go dancing, rock and general debauchedness. There are several noteworthy women, with cutie Read the arguable frontrunner. Also, some of the tunes the band plays are actually catchy. All these factors make for a fun, entertaining flick, which explains how it quickly became a cult film. Yet its quality is brought down by needless nudity and tame sex scenes that strapped it with a NC-17 rating, thus limiting its general appeal and access to the masses, which could've been easily avoided by wisely trimming down a few scenes. There's also too much fruity twaddle for my tastes and the "story" seems to be just one "wild party" after another, which gets redundant. Still, "Beyond" is the undeniable pinnacle of late 60's flicks, even though it can't be taken seriously for a moment, which is actually fitting. The film runs 1 hour, 49 minutes, and was shot in Los Angeles. GRADE: B-

Images related to Beyond the Valley of the Dolls 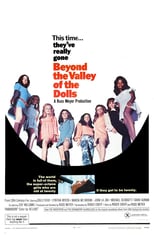 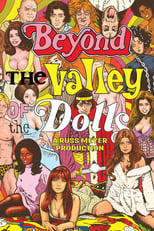 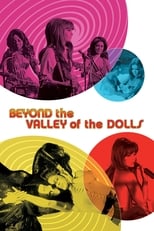 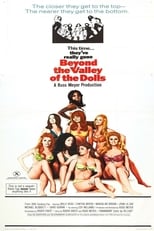 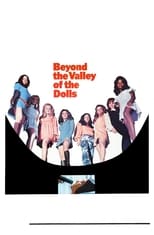 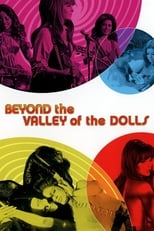 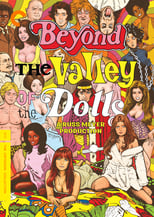 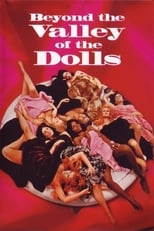 Beyond the Valley of the Dolls

Beyond the Valley of the Dolls (1970) Trailer

Rate Beyond the Valley of the Dolls