What are the best movies in theaters 1910 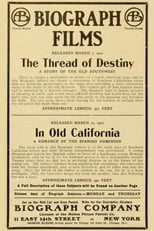 The Thread of Destiny

The orphan girl of San Gabriel meets and is attracted by a Spanish stranger. The Spaniard is accused of cheating and set to be lynched, but is saved by the girl's ruse, who later becomes his bride. 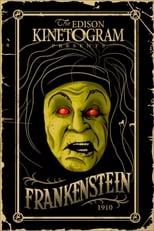 Frankenstein, a young medical student, trying to create the perfect human being, instead creates a misshapen monster. Made ill by what he has done, Frankenstein is comforted by his fiancée; but on his wedding night he is visited by the monster. 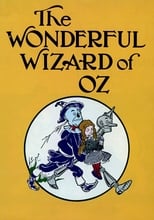 The Wonderful Wizard of Oz

An early version of the classic, based more on the 1902 stage musical than on the original novel. 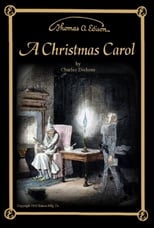 The day before the Christmas holiday, Ebenezer Scrooge, a hard-fisted miser, refuses to contribute to the Charity Relief Committee, and then rudely rejects his nephew Fred when he visits Scrooge in his office. When Scrooge returns home, he sees the ghost of his former business partner Jacob Marley, who warns him of the punishment he will suffer in the next life if he does not change his ways. That night, Scrooge is visited by three more spirits, who show him his past, the present, and the future that awaits him. 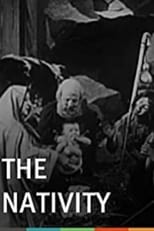 A silent French film depicting the story of the nativity. 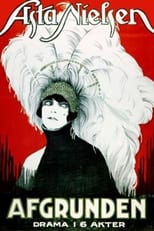 Magda, a piano teacher, meets Knud, a parson’s son, who invites her to spend the summer at his parents’ parsonage. When a travelling circus stops in the village, Magda leaves the meek Knud for the dashing circus rider Rudolf. But circus life with Rudolf quickly turns out to be anything but happy, and Magda comes to a tragic end.

A young wife instigates a duel between a dashing count, with whom she has been having an affair, and her elderly husband. In the duel, the husband is mortally wounded and his now repentant wife chooses to join him in death. 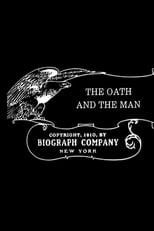 The Oath and the Man

A rich nobleman steals a perfume merchant's wife just prior to the French Revolution, in which the perfumer is a leader of the peasants. His priest made him swear an oath to leave vengeance to God, however. 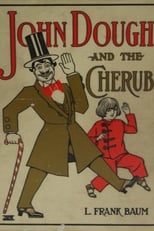 John Dough and the Cherub

John Dough gives his assistance in the celebration of the Fourth. No end of trouble results from the invasion of his peaceful rest by the much-despised Miffkits. Then comes the cherub, who introduces Dough to his animal friends, incidentally secures supplies. He then visits the fairies' garden and later interviews the Princess Ozma, who makes a prophecy: "The throne of Lo-Hi shall vacant be until the coming by air or sea of an oven baked man and a Cherub wee." Accordingly John Dough drops into the Land of Oz and meets the Cherub.

An Affair of Hearts

Two eccentric Frenchmen argue for the hand of an eligible American girl, who finally discouraged both of them by introducing her betrothed.

Owen Moore is addicted to gambling and about to lose his family and job because of it. James Kirkwood, his brother-in-law, shows up and cures him of his gambling fever.

A rural schoolmaster, beloved by his pupils, is dismissed from his teaching post when the county’s visiting school inspector is mildly ridiculed in a cartoon which a mischievous pupil has drawn on a blackboard. When the schoolmaster’s replacement attempts to teach a class, he is driven from the school by the angry pupils. The pupils then go to the school commissioners and successfully insist on the reinstatement of their teacher.

As the Bells Rang Out!

If a Wall Street financier is to escape arrest, he must flee his house at once. He chooses instead to stay in order to watch his daughter get married. Thanks to kindhearted police, he is permitted to take part in the wedding while they wait discreetly in the next room, ready to take him away.

The Face at the Window

Like his father before him, Ralph is admitted to the Graduate Club upon completing his studies at the university. He is presented with a commemorative stein to mark the occasion. Ralph meets an artist’s model, marries her over his father’s objections, and is disowned by the old man. Eventually, he becomes a drunkard and deserts his wife and their baby, who is taken in by Ralph’s father when the young mother dies. The grandson is raised with the same advantages as his father, graduates from the same university, and is admitted to the same club. During the festivities, Ralph stumbles by the club, is seen through the window by his son and his friends, and is brought inside. He attempts to drink from his old stein, but is shoved aside by the boy, who does not know him. The old man enters and recognizes Ralph. All three are reconciled as Ralph dies.

A prospector in the Gold Rush days of ‘49 strikes pay dirt after a long struggle. He stakes the claim and stays to guard it while his wife and ten-year-old son hurry off to the claim office to register it. Two scoundrels observe the action, and go in pursuit. Arriving after the wife and her son, they trick her into leaving the queue waiting for the agent to arrive. A woman who pretends to faint is the accomplice who leads the wife to a cabin. The scoundrels lock the wife in, but she ties her son to a rope and lowers him out the window to bring help. She is rescued and manages to register their claim in the last moment.

The Way of the World

The mission bells ring but men are too busy with work and revelers are unwilling to interrupt their amusements. An old priest with an empty church is full of sorrow. However, he encourages a young priest to go among the people wearing civilian clothes, and try to live in the image of Christ. The young man gets a job as a laborer in the fields. He tries to show Christian charity by his example: he feeds the poor, protects children, turns the other cheek, and helps a fallen woman. He is misunderstood by the people, and discouraged, goes back to the old priest. The fallen woman comes to them: the young man’s kindness to her has moved her to seek forgiveness and a reformed life. The bells ring in celebration of one soul saved.

A dance hall girl is converted to a religious life by a phony evangelist. But can he, himself, be saved?

Neglected by a husband too engrossed by his activities and social obligations, a woman convinces a girlfriend to dress as a man and make love to her openly in the hope to arouse her spouse’s jealousy. Dressed as a male, her friend causes a commotion among the couple’s acquaintances. When the husband eventually catches the newcomer making overtures to his wife, he challenges his rival to a duel.

Noticing that Jim is partial to a drink, Ruth breaks off her engagement to him and turns to John, who until then had kept his love for her to himself. They get married and move to a cabin in the forest where John works as a woodcutter. In the meantime, Jim, who has become a hoodlum and ignores that his rival has married his former fiancée, runs into John at the lumber camp and challenges him to a duel for the same evening. He then goes to look for money to buy himself alcohol, and breaks into John and Ruth’s cabin. Surprised to find Ruth there, he realizes that she has married John and has given him a child. On leaving the cabin, he looks to the vengeance the duel is going to allow him to wreak. Yet, he eventually thinks better and, ashamed at his own idea and out of the love he still feels for Ruth, decides to spare her husband’s life. He shows up at the duel with a gun loaded with blanks.

Harry loved Betty, and vice versa, but Harry was very shy. No matter how he tried, he never could muster up sufficient courage to propose, despite the fact that Betty always endeavored to help him out. An idea! He writes his proposal, and invents a sentimental code of signals. The letter reads: "If you will accept me, wear red roses; if you are in doubt, the pink. If you do not love me and reject me, wear the white."