What are the best movies in theaters 1907

Many demonstrations of the art of Jiu Jitsu are given, and as evidence that this is not a passing fad intended only for the amusement of the public there is illustrated in very thrilling manner how several footpads follow two girls and then in a deserted section of the road make an attack, which is successfully foiled and the perpetrators taken into custody. Splendid action and good photographic quality. (Gaumont catalogue)

A man has diarrhea.... a French comedy. 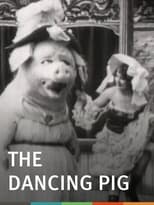 A pig dressed in fancy clothes flirts with a pretty girl, but she humiliates him and tears off his suit; she then makes him dance for her affections. 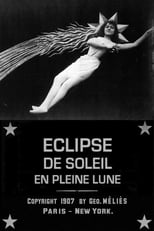 In this film, Méliès concocts a combination fairy- and morality tale about the foolishness of trying to look too deeply into the workings of an unstable and inscrutable universe. At a medieval school, an old astronomer begins to teach a class of young men, all armed with telescopes, about the art of scrutinising an imminent eclipse. When a mechanical clock strikes twelve, all the young men rush to the windows and fix their telescopes on the heavens. 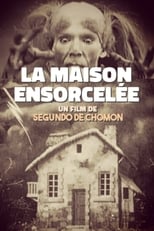 A group of travellers go into a house for protection. Little do they know, it is filled with ghosts who make unusual things happen to them.

A sculptor creates several faces in a span of four minutes. 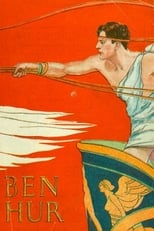 The first adaptation of Lew Wallace's novel, Ben-Hur: A Tale of the Christ. 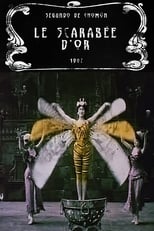 A magician is surprised when he attempts to transform a beetle.

A combination of the story of Goldlocks and the Three Bears with the true story of how Teddy Roosevelt spared a bear cub after killing its mother while hunting, an event which led to the popularization of the teddy bear. Goldilocks goes to sleep in the bears' home after watching six teddy bears dance and do acrobatics, viewing them through a knothole in the wall. When she is awoken by the returning bear family, they give chase through the woods, but she runs to the aid of the Old Rough Rider, who saves her.

An extremely clumsy man tries to clean a woman's house with disastrous results.

A four-year-old saves the day.

A family troupe of acrobats, made up to appear Japanese, perform various unbelievable stunts in front of the camera, achieved through a trick of the camera. 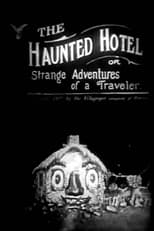 A traveler stays the night at a rural inn, but gets no rest as he is tormented by various spectres and mysterious happenings. 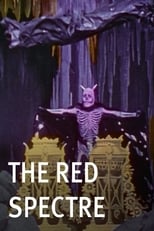 A demonic magician attempts to perform his act in a strange grotto, but is confronted by a Good Spirit who opposes him.

As an older man and a youth are eating at the table, the older man decides to amuse himself by using pepper to make the boy sneeze. Later, the boy retaliates by sneaking into the older man's room and putting pepper in his handkerchief, hairbrush, and clothing. But things quickly get out of hand when the sneezing that results begins to disrupt the whole town. 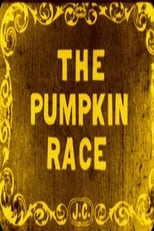 Early slapstick short from Louis Feuillade involving runaways, except that, instead of it being a runaway horse (see Griffith's THE CURTAIN POLE for an example), it is a cartful of what appear to be hundred-pound pumpkins that get away, rushing hither and yon, down sewers, up chimneys, pursued by the drayer, a couple of other people and a very unwilling donkey.

A short film about a dirigible. 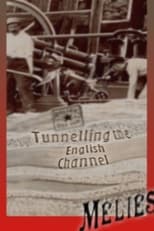 The plot follows King Edward VII and President Armand Fallières dreaming of building a tunnel under the English Channel. 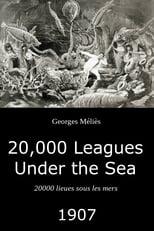 The film, a parody of the novel Twenty Thousand Leagues Under the Sea by Jules Verne, follows a fisherman, Yves, who dreams of traveling by submarine to the bottom of the ocean, where he encounters both realistic and fanciful sea creatures, including a chorus of naiads played by dancers from the Théâtre du Châtelet. Méliès's design for the film includes cut-out sea animals patterned after Alphonse de Neuville's illustrations for Verne's novel.

This film from 1907 is sadly incomplete as it's only available in a two-minute fragment. The opening title card explains that a painter has just finished his work when his assistant comes in and accidentally drinks varnish. The film then picks up as the painter goes haywire and sends the assistant into the painting.