What are the best movies in theaters 1894 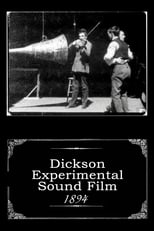 William K.L. Dickson plays the violin while two men dance. This is the oldest surviving sound film where sound is recorded on the phonograph. 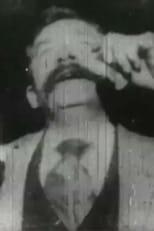 Edison Kinetoscopic Record of a Sneeze

A man (Thomas Edison's assistant) takes a pinch of snuff and sneezes. This is one of the earliest Thomas Edison films and was the first motion picture to be copyrighted in the United States. 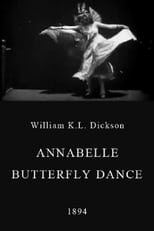 Annabelle (Whitford) Moore performs one of her popular dances. For this performance, her costume has a pair of wings attached to her back, to suggest a butterfly. As she dances, she uses her long, flowing skirts to create visual patterns. 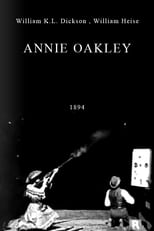 Annie Oakley was probably the most famous marksman/woman in the world when this short clip was produced in Edison's Black Maria studio in West Orange, New Jersey. Barely five feet tall, Annie was always associated with the wild west, although she was born in 1860 as Phoebe Ann Oakley Mozee (or Moses)in Darke County, Ohio. Nevertheless, she was a staple in the Buffalo Bill Wild West Show and similar wild west companies. Because of her diminutive stature, she was billed as "Little Sure Shot." The man assisting her is this appearance is probably her husband, Frank E. Butler. Annie had outshot Butler (a famous dead-eye marksman himself) in a shooting contest in the 1880's. Instead of nursing his bruised ego because he had been throughly outgunned by a woman, Butler fell in love, married Little Sure Shot, and became her manager. 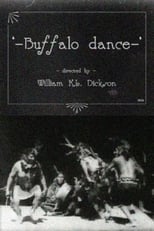 Long before Hollywood started painting white men red and dressing them as 'Injuns' Edison's company was using the genuine article! Featuring for what is believed to be the Native Americans first appearance before a motion picture camera 'Buffalo Dance' features genuine members of the Sioux Tribe dressed in full war paint and costume! The dancers are believed to be veteran members of Buffalo Bill's Wild West Show. Filmed again at the Black Maria studios by both Dickson and Heise the 'Buffalo Dance' warriors were named as Hair Coat, Parts His Hair and Last Horse. Its quite strange seeing these movies at first they all stand around waiting to begin and as they start some of the dancers look at the camera in an almost sad way at having lost their way of life. 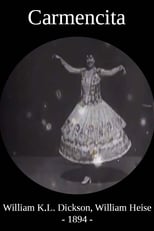 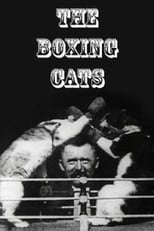 "A glove contest between trained cats. A very comical and amusing subject, and is sure to create a great laugh." (by Edison Films) 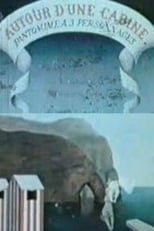 The film consists of a series of animations on a beach containing two beach huts and a diving board. Two characters play at diving into the water from the diving board and then appear on the beach. The woman begins to play with a small dog and is then joined by a gentleman. The two play around on the beach before getting changed into bathing costumes and going into the water. They bob up and down in the water before swimming out of the scene. Once the couple have gone a man sails out in a boat.

The pursuit of Hop Lee by an irate policeman. 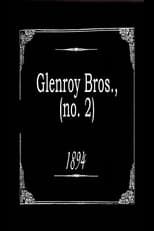 The Glenroy Brothers perform a portion of their vaudeville act, "The Comic View of Boxing: The Tramp & the Athlete".

Directed by Étienne-Jules Marey, a French scientist, this is believed to be the first cat ever filmed in cinematic history. Jules Marey created the chronophotographic gun in 1882, a device which looked like a short barrelled shotgun with a magazine on top. It was capable of taking twelve consecutive frames a second. He used this to study various animals, the most famous study in what was called Marey’s ‘animated zoo’, was the one involving a cat which was dropped from a height of a few feet in order to see if it always landed on its feet.

A scene from Charles Hoyt's 'A Milk White Flag': A brass band marches out, led by bandmaster Steele Ayers. When Ayers reaches his position, he turns around and directs the musicians as they take up their own positions.

King of the slack wire. His daring feats of balancing as he performs his thrilling feats in midair show that he is perfectly at home.

Luis Martinetti, a contortionist suspended from acrobatic flying rings, contorts himself for about thirty seconds. This is one of the first films made for Edison's kinetoscopes.

Rats and Terrier No. 3

Sequel to Rats and Terrier No. 2

Rats and Terrier No. 2

Sequel to Rats Killing from 1894

Souvenir Strip of the Edison Kinetoscope

Eugen Sandow, who claims to be the strongest man in the world, appears in the Edison Company's film studio. 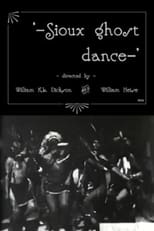 From Edison films catalog: One of the most peculiar customs of the Sioux Tribe is here shown, the dancers being genuine Sioux Indians, in full war paint and war costumes. 40 feet. 7.50. According to Edison film historian C. Musser, this film and others shot on the same day (see also Buffalo dance) featured Native American Indian dancers from Buffalo Bill's Wild West show, and represent the American Indian's first appearance before a motion picture camera. 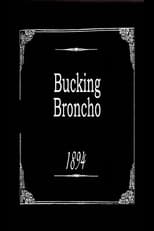 Lee Martin, one of the cowboy stars in 'Buffalo Bill's Wild West', rides a bronco as a crowd looks on. While the horse is trying to throw Martin off its back, another cowboy stands on top of a fence rail and occasionally fires his six-shooter, to spur on both horse and rider.