What are the best movies in theaters 1889

Alleged silent black-and-white short film shot at Apsley Gate, Hyde Park, London. It was claimed to be the first motion picture until pre-dating footage shot by Louis Le Prince was discovered. It was never publicly shown and is now considered a lost film with no known surviving prints or stills. 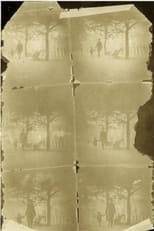 Hyde Park Corner (also known as Leisurely Pedestrians, Open Topped Buses and Hansom Cabs with Trotting Horses) depicts life at Hyde Park Corner in London. It is claimed to be the first film set in London, as well as the first to be filmed on celluloid. It is currently considered a partially lost film, with only 6 possible film frames preserved as part of the Jonathan Silent Film Collection.