All Movies With sunken-ship Keyword 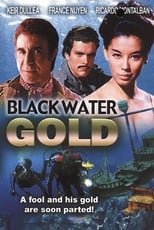 A scuba team, a marine archaeologist and a Mexican historian join forces to reach the wreck of an historic Spanish galleon before a well-armed commercial expedition does. 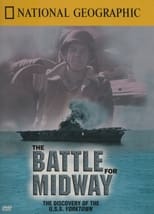 National Geographic follows underwater explorer Bob Ballard as he searches for the aircraft carrier sunk during the Battle of Midway. 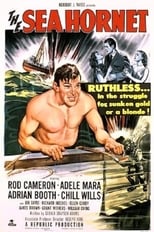 "The Sea Hornet" was a merchant ship sunk, supposedly by a torpedo, less than a mile off the California Coast during World War Two. Six years later when his buddy is killed, attempting to blow up the sunken ship, on the orders of Suntan Radford and Tony Sullivan, deep-sea diver "Gunner" McNeil has his suspicions aroused... especially since Suntan is the daughter of the ship's captain that died when the ship sunk, and Sullivan was a crew member. Plus the fact the ship had over a million dollars in cash on board. During the course of his investigation, he becomes romantically involved with Ginger Sullivan 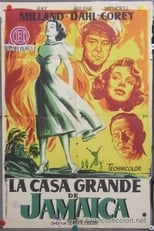 Promoter William Montague wants to buy the estate owned by the Daceys, Mrs. Dacey and her daughter Ena and son Todd, in order to build a resort hotel. When they turn him down, he produces a couple of distant relatives, Janice and Robert Clayton, and sets about to prove that the estate rightfully belongs to them. The identity of the rightful heirs is thought to be buried in a sunken ship off of the Jamaican shore and the search begins, led by a schooner skipper, Patrick Fairlie, who is in love with Ena.