All Movies With private-lessons Keyword 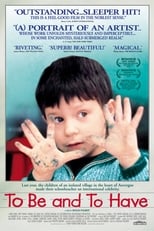 The documentary's title translates as "to be and to have", the two auxiliary verbs in the French language. It is about a primary school in the commune of Saint-Étienne-sur-Usson, Puy-de-Dôme, France, the population of which is just over 200. The school has one small class of mixed ages (from four to twelve years), with a dedicated teacher, Georges Lopez, who shows patience and respect for the children as we follow their story through a single school year.

Jojo Mayer has assembled the most comprehensive and detailed volume on hand technique for drummers ever available. As both an inspiring instructional method and highly entertaining reference guide,this DVD is invaluable to drummers of every skill level.