All Movies With astronaut Keyword 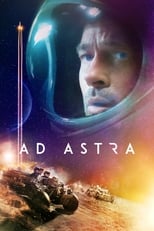 Interstellar chronicles the adventures of a group of explorers who make use of a newly discovered wormhole to surpass the limitations on human space travel and conquer the vast distances involved in an interstellar voyage.

During a manned mission to Mars, Astronaut Mark Watney is presumed dead after a fierce storm and left behind by his crew. But Watney has survived and finds himself stranded and alone on the hostile planet. With only meager supplies, he must draw upon his ingenuity, wit and spirit to subsist and find a way to signal to Earth that he is alive.

The true story of technical troubles that scuttle the Apollo 13 lunar mission in 1971, risking the lives of astronaut Jim Lovell and his crew, with the failed journey turning into a thrilling saga of heroism. Drifting more than 200,000 miles from Earth, the astronauts work furiously with the ground crew to avert tragedy.

Dr. Ryan Stone, a brilliant medical engineer on her first Shuttle mission, with veteran astronaut Matt Kowalsky in command of his last flight before retiring. But on a seemingly routine spacewalk, disaster strikes. The Shuttle is destroyed, leaving Stone and Kowalsky completely alone-tethered to nothing but each other and spiraling out into the blackness of space. The deafening silence tells them they have lost any link to Earth and any chance for rescue. As fear turns to panic, every gulp of air eats away at what little oxygen is left. But the only way home may be to go further out into the terrifying expanse of space. 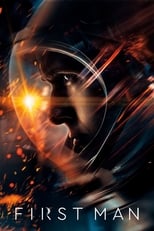 A look at the life of the astronaut, Neil Armstrong, and the legendary space mission that led him to become the first man to walk on the Moon on July 20, 1969.

When an asteroid threatens to collide with Earth, NASA honcho Dan Truman determines the only way to stop it is to drill into its surface and detonate a nuclear bomb. This leads him to renowned driller Harry Stamper, who agrees to helm the dangerous space mission provided he can bring along his own hotshot crew. Among them is the cocksure A.J. who Harry thinks isn't good enough for his daughter, until the mission proves otherwise.

An U.S. Spaceship lands on a desolate planet, stranding astronaut Taylor in a world dominated by apes, 2000 years into the future, who use a primitive race of humans for experimentation and sport. Soon Taylor finds himself among the hunted, his life in the hands of a benevolent chimpanzee scientist.

After Drax Industries' Moonraker space shuttle is hijacked, secret agent James Bond is assigned to investigate, traveling to California to meet the company's owner, the mysterious Hugo Drax. With the help of scientist Dr. Holly Goodhead, Bond soon uncovers Drax's nefarious plans for humanity, all the while fending off an old nemesis, Jaws, and venturing to Venice, Rio, the Amazon...and outer space.

A seven-mile-wide space rock is hurtling toward Earth, threatening to obliterate the planet. Now, it's up to the president of the United States to save the world. He appoints a tough-as-nails veteran astronaut to lead a joint American-Russian crew into space to destroy the comet before impact. Meanwhile, an enterprising reporter uses her smarts to uncover the scoop of the century.

After their father is called into work, two young boys, Walter and Danny, are left in the care of their teenage sister, Lisa, and told they must stay inside. Walter and Danny, who anticipate a boring day, are shocked when they begin playing Zathura, a space-themed board game, which they realize has mystical powers when their house is shot into space. With the help of an astronaut, the boys attempt to return home. 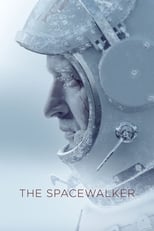 March 1965. In the heat of the Cold War, the USA and the USSR are competing for supremacy in space. What both superpowers aim for in this race, is to be the first to have a man walk in outer space. To accomplish that, no price is too high and no risk is too great. Now it’s up to the unlikely duo of a seasoned war veteran and a hot-headed test-pilot to fulfill this mission. Two men in a tiny spaceship, without proper testing, facing the complete unknown… They were supposed to do what no man has done before – and no man imagined what would happen next…

When astronaut Spencer Armacost returns to Earth after a mission that nearly cost him his life, he decides to take a desk job in order to see his beautiful wife, Jillian, more often. Gradually, Jillian notices that Spencer's personality seems to have changed, but her concerns fade when she discovers that she's pregnant. As Jillian grows closer to becoming a mother, her suspicions about Spencer return. Why does it seem as if he's a different person?

When contact is lost with the crew of the first Mars expedition, a rescue mission is launched to discover their fate.

While planet Earth poises on the brink of nuclear self-destruction, a team of Russian and American scientists aboard the Leonov hurtles to a rendezvous with the still-orbiting Discovery spacecraft and it's sole known survivor, the homicidal computer HAL.

Astronaut Scorch Supernova finds himself caught in a trap when he responds to an SOS from a notoriously dangerous alien planet.

Having just returned from a mission to Mars, Commander Ross isn't exactly himself. He's slowly becoming a terrifying alien entity with one goal -- to procreate with human women! When countless women suffer gruesome deaths after bearing half-alien offspring, scientist Laura Baker and hired assassin Press Lennox use Eve, a more tempered alien clone, to find Ross and his brood. Before long Eve escapes to mate with Ross.

A psychologist is sent to a space station orbiting a planet called Solaris to investigate the death of a doctor and the mental problems of cosmonauts on the station. He soon discovers that the water on the planet is a type of brain which brings out repressed memories and obsessions.