Movies Bong-Joon-ho was a crew member on

1986 Gyunggi Province. The body of a young woman is found brutally raped and murdered. Two months later, a series of rapes and murders commences under similar circumstances. And in a country that had never known such crimes, the dark whispers about a serial murderer grow louder. A special task force is set up in the area, with two local detectives Park Doo-Man and Jo Young-Goo joined by a detective from Seoul who requested to be assigned to the case.

In a future where a failed global-warming experiment kills off most life on the planet, a class system evolves aboard the Snowpiercer, a train that travels around the globe via a perpetual-motion engine.

A mother lives quietly with her son. One day, a girl is brutally killed, and the boy is charged with the murder. Now, it's his mother's mission to prove him innocent. 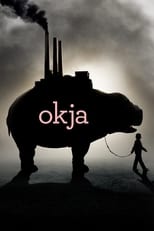 A young girl named Mija risks everything to prevent a powerful, multi-national company from kidnapping her best friend - a massive animal named Okja.

An idle part-time college lecturer is annoyed by the yapping sound of a nearby dog. He decides to take drastic action.

Tokyo! is an anthology of three short films by Gondry (France), Carax (France) and Bong (Korea), each of whom offers an imaginative and trans-/super- natural glimpse into the Tokyo Megapolis.

A fishing-boat crew takes on a dangerous commission to smuggle a group of illegal immigrants from China to Korea. 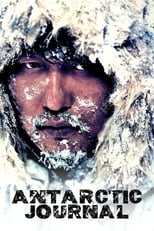 During their journey the expedition led by Captain Choi Do-hyung discovers a journal that was left behind by a British expedition 80 years earlier. The journal was remarkably preserved in a box in the snow and Kim Min-jae, another member of the expedition, gets the job of examining it. It turns out that the two expeditions shared the same goal and soon other strange similarities between them start to show up. 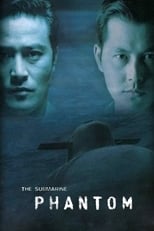 Korea's first nuclear submarine and a crew with no record of existence embark on a do-or-die mission into the deep waters of the Pacific.

The film starts with a man named Cho Hyuk-rae who has perched dangerously on top of the Han River Bridge. It is a sad picture of a man who has been caught unwittingly on a security camera. The camera continues to reveal the downward spiral of Cho and those of us who surround him. The 'real' images shown through the camera keep on becoming more 'corrupted' as the time goes by.

Three seemingly unrelated men commit petty crimes on the eve of an important televised discourse on social disorder in Korea.

The film consists of four episodes, all of which take place in Room 407 of Motel Cactus, a love hotel in Seoul. 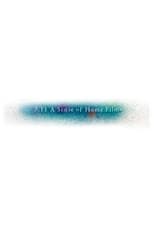 In memory of the Japanese earthquake on 3.11, each director presents a 3 minute and 11 second short film in tribute to those who were lost that day.

“Shaking Tokyo” is about an agoraphobic man, called hikikomori in Japanese. He sustains himself on pizza, living off of money left to him by his father. One day, he does the unthinkable: he makes eye contact with a pretty delivery girl — the first eyes he’s set upon in 10 years. At this moment, the earthquake occurs.

Bong Joon-ho is developing a horror disaster movie set in Seoul that he has been working on for 18 years. 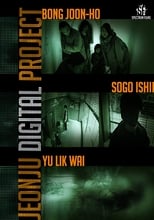