Movies Katie-Rice was a crew member on 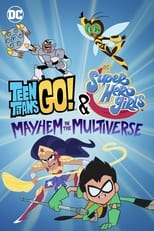 With the help of an ancient Kryptonian power, Lex Luthor unites the world’s Super-Villains to capture all of Earth's Super Heroes, until…only the DC Super Hero Girls are left to stop the Legion of Doom. Our heroes must cross dimensions to rescue their fellow Super Heroes from the Phantom Zone, but a fortuitous wrong turn leads them to Titans Tower – where they find much-needed allies in the Teen Titans! 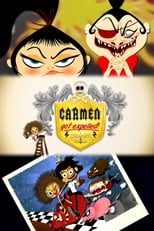 Carmen Got Expelled! was a television series pitched to Disney Television Animation in 2010 that only remained as a pilot episode consisting of a fully-animated intro sequence and a color animatic. The series was to revolve around Carmen, a rebellious young girl who has been expelled by every school she takes part in until she meets The Baron, owner of a private academy he enrolls her into, and must do whatever is takes to avoid being expelled again.