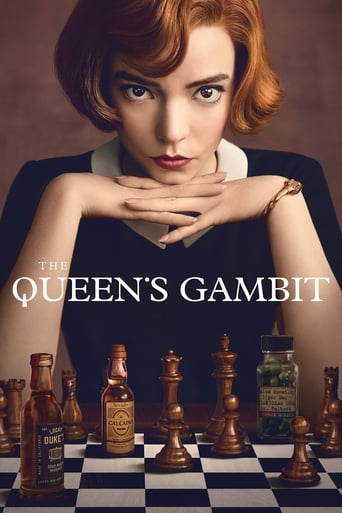 In a Kentucky orphanage in the 1950s, a young girl discovers an astonishing talent for chess while struggling with addiction.

Who Stars in The Queen's Gambit 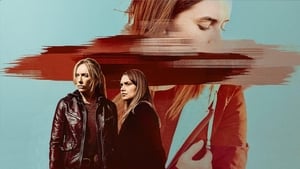 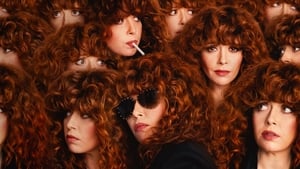 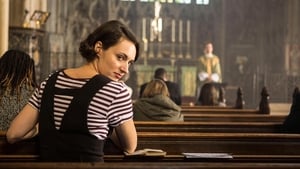 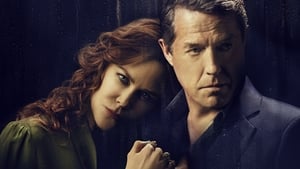 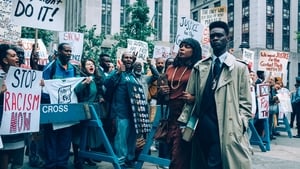 When They See Us

Reviews for The Queen's Gambit

I was loving this (pretty much) right up until the last episode when a woke deus ex machina suddenly appears in a Corvair to save the day. The cinematography is nice and the story of triumph rolls right along sans all the normal impediments one might expect. The adoptive mother goes right along with our heroes desire to be a chess champ. I never expected that to be so easy for her, and it was a little too convenient that the father left town and never returned. There ARE a few other implausibilities that annoyed me, like the fact that an 8 year old would become addicted to tranquilizers to the degree that Beth did. Was her mother an addict? That was never even hinted at. People generally don’t develop severe addictions on their own without at least some genetic motivation and you can’t have something that big happen in a film story without explaining it. And what about all the free time she was allowed playing chess in the basement of the orphanage with the custodian. Also, I’m not sure how ALL the dancing came into it, because young Beth never danced around alone in her room. And, another thing I don’t fully understand is Beth’s desire to be a chess champion. Sure, she loves playing, but where did the inherent need to be the best chess player on Earth come from? That was never explained at all and I expected it to maybe be motivated by a need to make money since the adoptive father abounded her and the mother, but nope, that didn’t even happen. When a character is driven to do something, it’s generally because of some deep seated need or dire circumstance, but in this film we never see that need. It’s just there, and that’s lazy writing.

After zipping through this gripping miniseries, I think I have a new favorite Netflix original. Its star, Anya Taylor-Joy, is quickly becoming a favorite as well, delivering a great performance as Beth Harmon, a genius young chess player struggling with substance abuse and mental and emotional hurdles holding her back from her relationships and from true mastery of the game. She's charming, but also cool and calculated, reserved yet fun when she wants to be, and very beautiful and captivating as the lead in a big period drama like this. Her supporting cast carries their weight well, with lots of faces I've never seen, but many that I won't soon forget. The strange cowboy-esque New Yorker Benny Watts (Thomas Brodie-Sangster) and the imposing chess veteran, Soviet world champion Vasily Borgov (Marcin Dorociński) were highlights, both huge parts of what makes the show work and give it some of its biggest emotional moments by the end. Although chess is played on a tiny board and has intricacies far above the heads of most of the audience, careful editing in terms of pacing and commentary has elevated the game here into an exciting spectator sport, even for beginners. When Taylor-Joy's Beth sits across from the champion Borgov for their various matchups, I felt like I was sitting down to watch the NBA Finals or the Super Bowl. The show does a great job building up its climactic matches by laying out the emotional stakes and showing all the nights of hard work, all the mistakes, all the surprises and reversals, zoomed in at the exact right times to drive it home. It really inspires you to want to learn more about this complex game. Lastly, I want to draw attention to the setting, not only the beautiful execution of the mid-century time period, but the many locales featured throughout. Although the show starts in small town Kentucky, it quickly escalates as Beth rises from regional tournaments to international ones, and it really gives the show this great feeling of progression as the hotels and dining get more lavish and the characters navigate new waters. With the exception of the section set in the USSR, which I think is perfect, sure, maybe they could have gotten more out of these locations. But I still think they all color their respective episode really well and are exciting to see. This globetrotting focus is balanced well with Beth's time at home in Kentucky and keeps the show dynamic. I hope more people watch this fantastic show. It's #1 on Netflix right now so looks like they are. I really think it benefits from the miniseries format over being a standard long-form TV drama, getting out just what it needs to with no time to become stale, and no risk of an unresolved cliffhanger ending. Can't wait to see what these people make next!

Images related to The Queen's Gambit 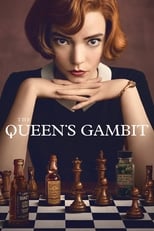 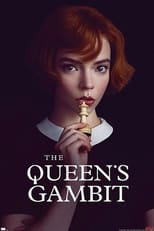 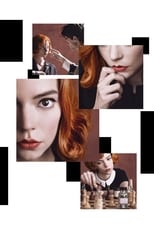 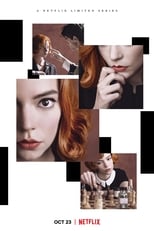 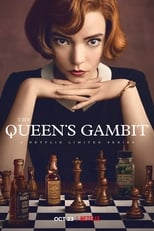 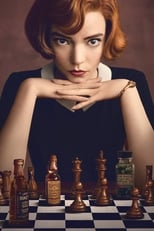 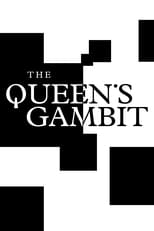 Link for Social Media :
Link to this page: The Queen's Gambit'>