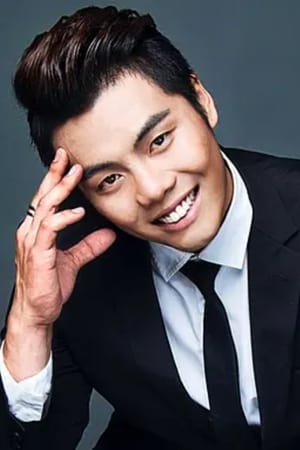 Chen Yiming "infiltrated" the Chinese Taekwondo National Team from the Qingdao Taekwondo Team in 2007, and retired due to serious injuries in 2008. In 2013, he was excavated by the film and television circles and starred in the movie "Water Margin: The Blue Eyed Tiger Li Yun" directed by Liu Xinyi. A solid foundation in Taekwondo allows him to master action scenes like a fish in water. After studying in the Acting Department of Beijing Film Academy, his more exquisite performance has made this rising star be appreciated by more industry predecessors, and he has participated in "The Legend of the Nine Stars", "The Maverick", "Nine Stars Tianchen Jue", "Loyal Dog Love" And other film and television works, but also selected leading actors to star in "Hunting" etc

Chen Yiming is known for:

'Guardian of the Palace' tells the story of a time when a plague spreads in Heishun (Blackwater) Town during the warring warlords, and Tianya, Wunian and Jiujiu set out on a treasure hunt to find the Golden Moon Gem that cures the plague. The warlord Feng Pei Chuan was trailing them and tried to take the gems for himself, but Tianya and the others managed to subdue Feng Pei Chuan, reclaim the gems and save the people.

The film 'Special Bodyguard 2' tells that 3-level bodyguard Zhao Feng-lei accepted a special escort mission and was destroyed by terrorists on the way. Zhao Feng-lei was involved in a financial dispute after being alone in Cambodia for two years, and discovered that the incident was related to terrorists.

Turbulent era of the Republic of China. Bodyguard Alliance accepted a special task - to protect the patriot Chen Lao who returns from overseas to give a speech against the Japanese menace.The members of the Bodyguard Alliance must sneak into a Japanese puppet government's prison to obtain their assassination plan.