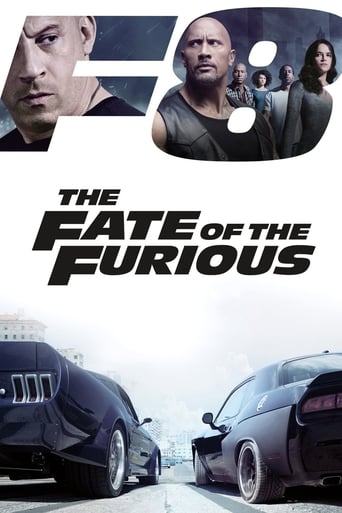 The Fate of the Furious Overview

Who Stars in The Fate of the Furious

The Fate of the Furious Cast 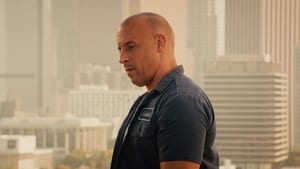 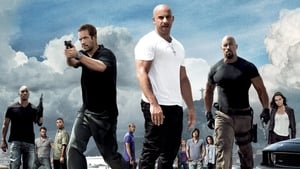 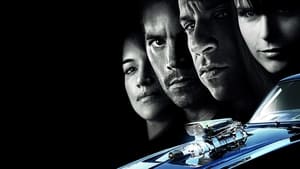 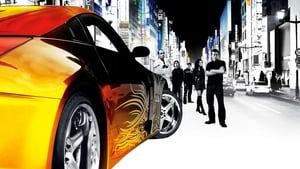 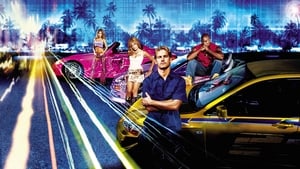 Reviews for The Fate of the Furious

**Fast + Eight = Fate** We all miss Paul Walker here, but the franchise has grown bigger with more new casts from a couple of previous installments and with this, still counting. Yes, it marks the arrival of Jason Stathom as hinted at the end of the previous part, as well as Charlize Theron in the negative role. And guest appearance of veteran actors. This is where the bald guys rule. One of the most unique franchise. This is the costliest film in the series, but did not earn as much as 'Fast 7' did. At least it stands second out of the eight. Now the billion dollar club becoming normal. The best thing about this series is, the race days are over. It's now more a cop-thief kind of cat- mouse action-adventure game that moves all around the globe. It opened in Cuba with a small race, which is what it's known for, but soon falls back to the manhunt. Yep, Toretto abandons his family and disappears. Soon he'll be found on the wrong side of the battle between the security/secret agency and the international criminal gang. Now it is the clash within the family that involves outsiders too. A new recruit, Deckard Shaw joins the team, alongside Scott Eastwood as Little Nobody. Finding what they're up to and striking them to avert their plans are followed in the remaining film. The original films had awesome automobile stunts, but what was missing is the fist fight, which came to life with more masculinely since Dwayne Johnson's entry. Now add Stathan as well to it. I hope he stays in the series, rather just for one film as a guest appearance. The regular cast was good as always. The story had a small twist, but mostly predictable. A good film compared to a few earlier films, otherwise a decent watch. Now its time to wait for Fast 9 or is it called Fine! _7/10_

home the man who made them a family. This movie could easily have been a five out of five stars movie. The story is not that bad but the script and the special effects are absolutely ludicrous. Do not get me wrong, the special effects are, in terms of visual effects quality, really good but they are also utterly unbelievable. What kind of total idiot did they put to play out his juvenile wet FX dreams on this one? I do not mind over the top special effects and I do not demand 100% realism, at least not in a movie like this, but the effects in this one is just so unbelievable and unintelligent that it really spoils the fun. Take submarines that outrun speeding cars…while acting as ice breakers at the same time. How the hell did they get the submarine from being propped up in dry dock into the water in less than an hour? Also, this guy seems to think that you can just turn on a nuclear sub from being moth balled to ready to go with the turn of a switch as well. The movie is loaded with stunts like this. Stunts that are so ludicrous that it hurts to think that anyone can be stupid enough to dream that kind of crap up. Maybe the guy thought he was writing the script for a comedy or something. It is a bit of a shame since the story itself is not at all bad. I have to went my frustration about another gripe I have here though. The movie blurb is not only misleading but it is blatantly false. The “mysterious woman” do NOT “seduce” Dom into anything. Said woman has a much more sinister plan. To me this was very good indeed. I was very hesitant before seeing this woman since I really did not like the idea of Dom being “seduced” into betraying his friends. Well, apart from the above I have to confess that I liked it. It would have gotten five out of five from me if it was not for the unintelligent FX porn in it. Vin Diesel and The Rock are great as usual. I have always liked Michelle Rodriquez. The rest are not bad either. Charlize Theron is actually making a fairly charismatic villain as Chiper. There are of course a lot of fast (macho) talk and faster cars as well as plenty of things that go boom in the movie. It is a action movie so anyone expecting something else picked the wrong movie. After all, it is the eighth movie in the franchise so if you are surprised over what you got when watching it you must have picked it up by mistake. Even then, seeing Vin Diesel, The Rock, Statham etc… on the cover should have given you some idea. The one star reviews are just nonsense. They usual are. Very few movies deserve a single star. However, a full set of stars, that, it is not getting. The movie was enjoyable, fun and action filled but could have been better.

Might be the dumbest of the franchise to date, and if nothing else, that's an achievement. More importantly, _Fate of the Furious_ continues the tradition that the series has upheld since all the way back in the... half-way point: _Fast 5_. That was when these movies actually got bearable, and _Fate of the Furious_ delivers on the promise of that fun. _Final rating:★★½ - Had a lot that appealed to me, didn’t quite work as a whole._

The film starts out on the streets of Cuba with Dom doing some street racing to help out a relative. Dom (Vin Diesel) is honeymooning in Cuba with Letty but married bliss does not last for long. A cyber terrorist called Cipher (Charlize Theron) has something on Dom, enough to get him to turn his back on his family and go rogue. Hobbs ends up in jail because of Dom's betrayal. Even worse he is the same block as Deckard Shaw (Jason Statham) the man he put in jail in the last film. Mr Nobody (Kurt Russell) manipulates both Hobbs and Shaw to team up, together with Dom's crew they go after Cipher. The film has several big action pieces the best of which are auto-driven cars being hacked an causing mayhem in the streets of New York. The Russian set action scenes on ice being a bit dicey. It is still a loud, dumb action picture. Popcorn entertainment.

Images related to The Fate of the Furious 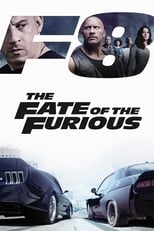 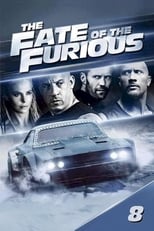 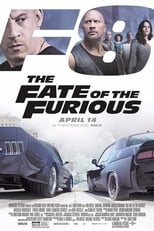 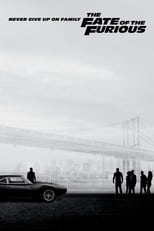 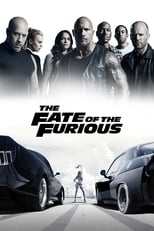 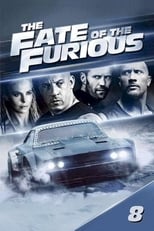 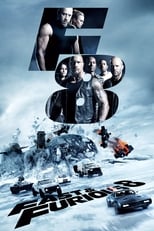 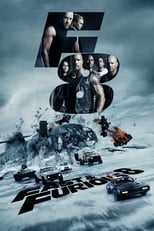 Rate The Fate of the Furious