What are the best movies in theaters 1906 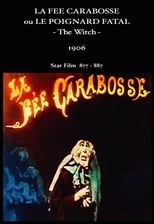 A penniless troubadour consults witch Carabosse about his future, but offends her by paying with a bag of sand. He evades the witch's revenge, and saves the beautiful princess. 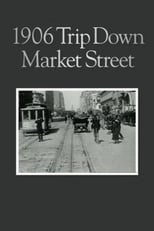 A Trip Down Market Street Before the Fire

A Trip Down Market Street is a 13-minute actuality film recorded by placing a movie camera on the front of a cable car as it travels down San Francisco’s Market Street. A virtual time capsule from over 100 years ago, the film shows many details of daily life in a major American city, including the transportation, fashions and architecture of the era. The film begins at 8th Street and continues eastward to the cable car turntable, at The Embarcadero, in front of the San Francisco Ferry Building. It was produced by the four Miles brothers: Harry, Herbert, Earle and Joe. Harry J. Miles cranked the Bell & Howell camera during the filming. 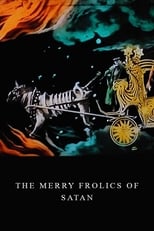 Two travellers are tormented by Satan from inn to inn and eventually experience a buggy ride through the heavens courtesy of the Devil before he takes one of them down to Hell and roasts him on a spit. 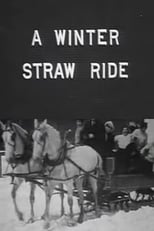 Two groups of young women get into a pair of horse-drawn carts, and go off for a straw ride through the snowy streets. As they pass by a group of children, the children throw snowballs at the riders, and they and other persons begin to join in the fun. Then one of the carts tips on its side, spilling some of its occupants into the snow. Everyone soon decides that they enjoy playing in the snow even more than riding. 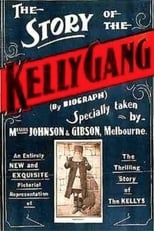 The Story of the Kelly Gang

Just as Fritz Lang’s Metropolis (1927) is testimony to German silent film art, The Story of the Kelly Gang (1906) symbolises both the birth of the Australian film industry and the emergence of an Australian identity. Even more significantly it heralds the emergence of the feature film format. The Story of the Kelly Gang, directed by Charles Tait in 1906, is the first full-length narrative feature film produced anywhere in the world. Only fragments of the original production of more than one hour are known to exist and are preserved at the National Film and Sound Archive, Canberra. (unesco.org) 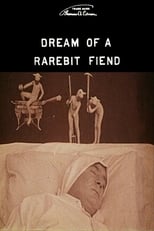 Dream of a Rarebit Fiend

Adapted from Winsor McCay's films and comics of the period, this film follows the established theme: the “Rarebit Fiend” gorges himself on rarebit and thus suffers spectacular hallucinatory dreams.

Four prisoners, in convicts' stripes, march backwards down stairs and, under the watchful eyes of guards, hop backwards into their cells. Later, one overpowers a guard and springs his three pals. But, will they be able to pull off an escape? Other guards come to the aid of their fallen comrade before all four felons can flee. Guards and convicts spring forward and backward out of cells, up and down stairs, and into and out of freedom. 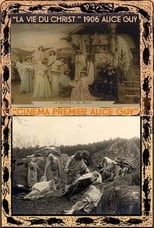 The stations of Christ's life are segmented into a series of performative tableaux. 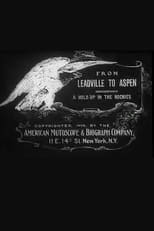 From Leadville to Aspen: A Hold-Up in the Rockies

From the point of view of the front end of a train, a group of robbers on a handcar rob the train and murder one of its crew. 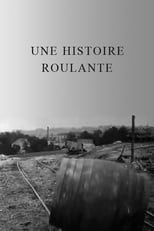 A runaway barrel wreaks havoc all over the city.

A balding man drinks a whole bottle of hair tonic. The unexpected surplus of hair promises a successful showbiz career for him and his wife. 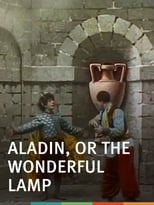 The legend of Aladdin and his magic lamp: Aladdin finds a magic lamp which brings him wealth, luxury, and marriage to a princess. But his rival, an evil magician, steals the lamp for himself. Aladdin must regain the lamp or lose everything.

A bunch of people run an obstacle course all around town.

A photographer has an accident which not only screws up his lab but dumps a great deal of debris into the street below, causing general chaos.

A crazy, rude musician gets some supernatural comeuppance. 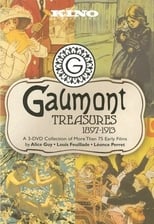 The kids of a game-keeper get into a chase with rifles.

In this color-tinted short, we first see a close-up of a red rose, perfectly formed. Then, we see the rose held by a young woman who is wearing a bright yellow dress. She's the second beauty. Behind her is a slow dissolve to the US flag, tinted in red, white, and blue, blowing in the wind. Behind the flag is a star-lit sky. 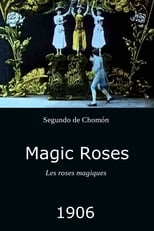 A magician performs a magic show involving women turning into bouquets of roses. Later the roses are festooned together in a fancy way to decorate the stage.

A short film about a dirigible.

A pretty maid is out walking and encounters a series of military men, starting with a private, who lose her to higher ranks.