What are the best movies in theaters 1901 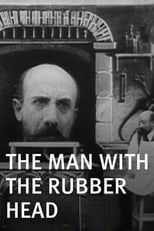 A chemist carries out a bizarre experiment with his own head. 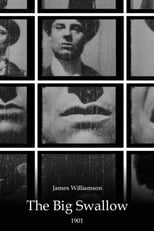 A man, objecting to being filmed, comes closer and closer to the camera lens until his mouth is all we see. Then he opens wide and swallows camera and cinematographer. He steps back, chews, and grins. 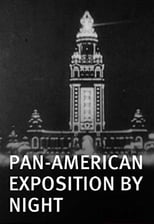 A great feature of the Pan-American Exposition, as unanimously conceded by all visitors, was the electric illumination of the Exposition grounds at night. After a great deal of experimenting and patience, we succeeded in securing an excellent picture of the buildings at the Pan-American as they appeared when lighted up at night.

Our presidential hunter runs across the landscape and falls down in the snow, gets up with his rifle, and gazes upward at a treed animal which isn't in the camera's view. He fires a shot into the tree, then leaps on the ground to grab the fallen prey, a domestic cat, finishing it off with wild blows of his hunting knife while his companions, a photographer and a press agent, record the event that will be reported far and wide as a manly moment. Teddy then rides out of the forest followed by two companions afoot, never mind that they all originally arrived afoot. Perhaps it was funnier in its day than it is now, but apparently shooting cats was regarded as funny in those days. The larger point was to use a minor whimsy as a political criticism, in this case of Teddy Roosevelt's easy manipulations of the press. It was based on two frames of a political cartoon that had appeared in the paper a mere week before the film was made.

The Finish of Bridget McKeen

The cook has trouble lighting the stove, so she adds kerosene, with explosive results. 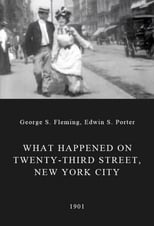 A street level view from the sidewalk, looking along the length of 23rd Street. Following actuality footage of pedestrians and street traffic, the actors, a man in summer attire and a woman in an ankle-length dress, walk toward the camera. 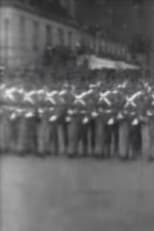 President McKinley and Escort Going to the Capitol

A magician explores two halves of his self: The Dwarf and the Giant.

A group of people exiting an enormous carriage. 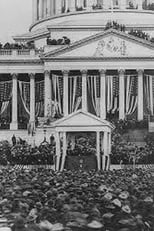 A magician's hat offers many surprises. 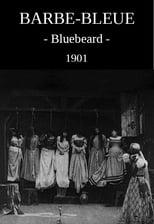 A young woman becomes the eighth wife of the wealthy Bluebeard, whose first seven wives have died under mysterious circumstances. 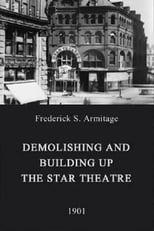 Demolishing and Building Up the Star Theatre

Time-lapse photography showing the one month-long demolition of the Star Theatre in New York. 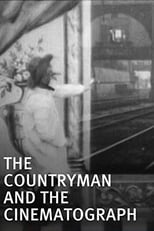 The Countryman and the Cinematograph

A satire on the way that audiences unaccustomed to the cinema didn't know how to react to the moving images on a screen - in this film, an unsophisticated (and stereotypical) country yokel is alternately baffled and terrified, in the latter case by the apparent approach of a steam train.

A clown performs various feats of magic based on his ability to detach and reattach different parts of his body.

A well-dressed middle-aged man is enjoying a drink at a table with a pretty young woman. He flirts with her, and she seems not to mind his attentions. But is it all too good to be true? 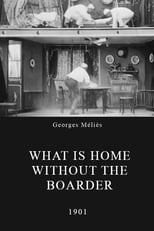 A trio of prankish boarders wreak havoc on their landlady and an intervening policeman.

A convicted criminal dreams about his past the night before his execution.