What are the best movies in theaters 1896 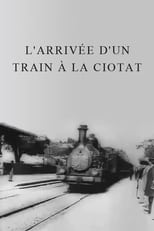 A group of people are standing along the platform of a railway station in La Ciotat, waiting for a train. One is seen coming, at some distance, and eventually stops at the platform. Doors of the railway-cars open and attendants help passengers off and on. Popular legend has it that, when this film was shown, the first-night audience fled the café in terror, fearing being run over by the "approaching" train. This legend has since been identified as promotional embellishment, though there is evidence to suggest that people were astounded at the capabilities of the Lumières' cinématographe. 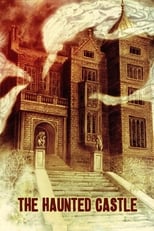 Le Manoir du diable or The House of the Devil, released in the United States as The Haunted Castle and in Britain as The Devil's Castle, is an 1896 French short silent film directed by Georges Méliès. The film tells the story of an encounter with the Devil and various attendant phantoms. It is intended to evoke amusement and wonder from its audiences, rather than fear. However, because of its themes and characters, it has been considered to technically be the first horror film, as well as potentially the first vampire film. The film opens with a large bat flying into a medieval castle, circling a room, and then suddenly changing into the Devil. Producing a cauldron, Mephistopheles conjures up a young girl and various supernatural creatures in an effort to scare two cavaliers, eventually succeeding in causing one to flee. Ultimately the remaining cavalier is confronted face-to-face by the Devil before reaching for and brandishing a large crucifix, which causes the Devil to vanish. 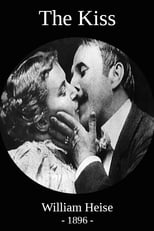 They get ready to kiss, begin to kiss, and kiss in a way that brings down the house every time. 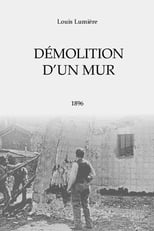 Auguste Lumière directs four workers in the demolition of an old wall at the Lumière factory. One worker is pressing the wall inwards with a jackscrew, while another is pushing it with a pick. When the wall hits the ground, a cloud of white dust whirls up. Three workers continue the demolition of the wall with picks. 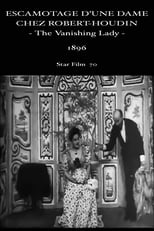 Exit of Rip and the Dwarf

A series of short black and white films from director William K.L. Dickson which chronicle the adventures of Rip Van Winkle. 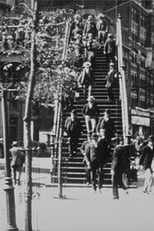 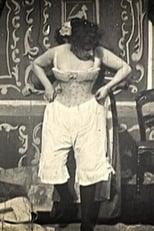 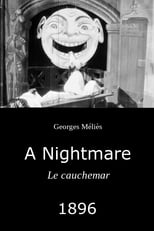 A man has a fantastical nightmare involving, among other things, a grinning malevolent moon.

Two girls do one of their chores. Standing alongside a tree-lined farmhouse, two children who are about ten and four years old toss grain to a flock of about 50 domesticated ducks. A woman watches them briefly and then moves on. The older girl has her grain in a bucket, the younger one's grain is in her apron. The children stay in one spot, as does the camera; it's the ducks that move around. Chickens are in the background; only one braves the ducks' territory. 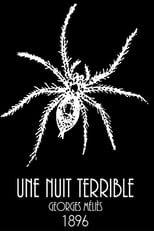 A man tries to get a good night's sleep, but is disturbed by a giant spider that leaps onto his bed, and a battle ensues in hilarious comic fashion.

Rip Passing Over the Mountain

Another street scene from the Lumiere company

Angelic and demonic serpentine dances from dawn of cinema. The dancer is Loie Fuller; the pioneer modern dancer. Recorded in Paris, and hand-colored frame by frame.