What are the best movies in theaters 1895 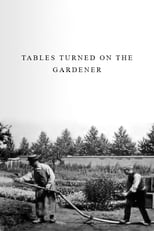 A gardener is watering his flowers, when a mischievous boy sneaks up behind his back, and puts a foot on the water hose. The gardener is surprised and looks into the nozzle to find out why the water has stopped coming. The boy then lifts his foot from the hose, whereby the water squirts up in the gardener's face. The gardener chases the boy, grips his ear and slaps him in his buttocks. The boy then runs away and the gardener continues his watering. Three separate versions of this film exist, this is the original, filmed by Louis Lumière. 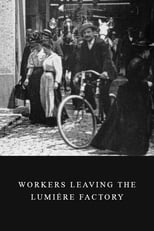 Working men and women leave through the main gate of the Lumière factory in Lyon, France. Filmed on 22 March 1895, it is often referred to as the first real motion picture ever made, although Louis Le Prince's 1888 Roundhay Garden Scene pre-dated it by seven years. Three separate versions of this film exist, which differ from one another in numerous ways. The first version features a carriage drawn by one horse, while in the second version the carriage is drawn by two horses, and there is no carriage at all in the third version. The clothing style is also different between the three versions, demonstrating the different seasons in which each was filmed. This film was made in the 35 mm format with an aspect ratio of 1.33:1, and at a speed of 16 frames per second. At that rate, the 17 meters of film length provided a duration of 46 seconds, holding a total of 800 frames. 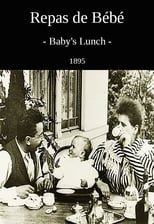 A father, a mother and a baby are sitting at a table, on a patio outside. Dad is feeding baby his lunch, while mum is serving tea. 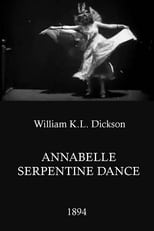 Two dancers perform in succession facing a stationary camera. The first is in a diaphanous skirt, held out by her hands with arms extended. She smiles, wearing butterfly wings on her back and the wings of Mercury in her hair. Her dance emphasizes the movement of her visible, bare legs. She kicks high, bows, and moves to her right and left. The second dancer has a voluminous, long skirt, and holds sticks in each hand attached to the skirt's outer edges, so that the emphasis is on the swirling patterns the skirt makes, often obscuring her unsmiling face. Her feet move little on the unadorned stage; changes in the color of the lens filter accent the swirling patterns. 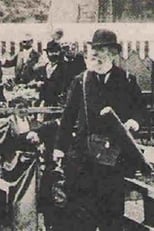 Down the gangway, photographers leave the deck of a riverboat in large numbers.

In the background is a house. In the foreground, a groom holds the reins of a sleek black horse that stands in profile. A tall man, dressed in a black uniform, demonstrates how to mount the horse then encourages and tries to assist a man in white. The man in white keeps falling, and soon it's apparent that he's an putting on a show. His pratfalls become more elaborate and stylish. The horse stands patient. The little groom laughs to see such sport. And finally, the man in white finds a comic accommodation. The story, though brief, has a beginning, middle, and end.

While his aide continuously turns the handle of the bellows, keeping hot a small furnace in front of him, a blacksmith is pounding a piece of metal on an anvil, then plunges the shaft into a tub of water, causing a cloud of vapor in the process.

Pedestrian and horse-drawn vehicles traffic, across the Place des Cordeliers, in Lyon. 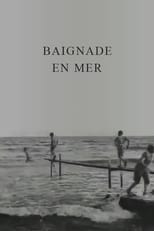 Several little boys run along a pier, then jump into the ocean.

Two men in white leotards and tights, and black slips over it, wrestle on a theatre stage. 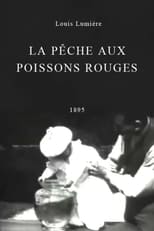 A man, holding a baby up in his hands, is standing next to a fishbowl. The baby is trying, in vain, to catch a goldfish with his bare hands.

A man performs tricks on a theatre stage with a bowler hat and a billiards ball in equilibrium on his arms and body.

The two inventors of the Bioskop, a sort of magic lantern that projected images so fast as to give the illusion of movement, bow to the camera at both sides of an empty screen. The scene was shown in continuity, at the end of the session, as if the producers and directors of the session were beading the public a farewell. 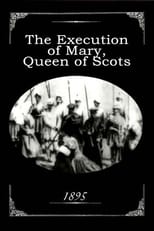 The Execution of Mary, Queen of Scots

A short film depicting the execution of Mary, Queen of the Scots. Mary is brought to the execution block and made to kneel down with her neck over it. The executioner lifts his axe ready to bring it down. After that frame Mary has been replaced by a dummy. The axe comes down and severs the head of the dummy from the body. The executioner picks up the head and shows it around for everyone else to see. One of the first camera tricks to be used in a movie. 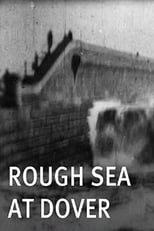 The surf pounds against a breakwater on which are visible several people standing. The wall looks to be about 20 feet above sea level and extend at least 100 feet into the water. A large wave rolls picturesquely along the wall toward the shore. Smaller waves follow. Then the scene changes to river water flowing. We see both shores: in the foreground a log and tree branch are visible; on the far shore, there appears to be a low wall with trees beyond it. The camera is stationary in both shots. 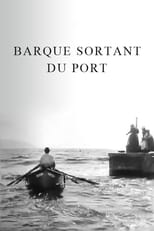 In very bad weather and a stormy sea, a small boat manned by two men is trying to leave the harbor of La Ciotat, while several people are watching them from the nearby pier.

A young woman dancer with large, flowing robes, swirls round herself quickly, making her light robe flow around her like a butterfly's wings. 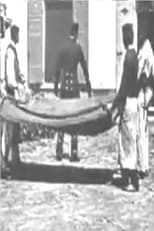 Four men stand holding what appears to be a blanket, while one wearing a hat stands watching. A sixth man then runs towards them and attempts to jump into the blanket.