Movies Wei-Yuhai was a crew member on 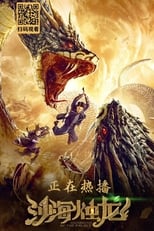 'Guardian of the Palace' tells the story of a time when a plague spreads in Heishun (Blackwater) Town during the warring warlords, and Tianya, Wunian and Jiujiu set out on a treasure hunt to find the Golden Moon Gem that cures the plague. The warlord Feng Pei Chuan was trailing them and tried to take the gems for himself, but Tianya and the others managed to subdue Feng Pei Chuan, reclaim the gems and save the people. 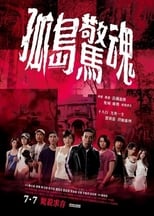 In the 1970s on the Binlusai islands, a young mother is killed when she was running with her son run from an evil presence in an abandoned Roman Catholic leper colony. In the present day, a group of four young men and women are travelling to the island to take part in a survival game run by TV channel Search Planet headed by Chen Jiadong (Philip Keung). Also on the boat is the television presenter Stanley (Jessica Xu) and cameraman Ken (Shaun Tam). The eight people have been split into four pairs where they are given a map which leads to a flag; their aim is to survive without any supplies, and the winning duo gets a grand prize of one-million dollars. As they approach the island, their ship is attacked by something unknown under the water and most of their luggage is lost. Shen Yilin (Mini Yang) has preserved her map which she gives to her partner Peng Fei (Jordan Chan).